Dr. James Cochran, Bank of Ruston-Barnes, Thompson, & Thurman Endowed Research Professor in Louisiana Tech University’s College of Business, has been named a Fellow of the American Statistical Association (ASA). The ASA, recognized by academic and industry leaders as the nation’s preeminent professional statistical society, is honoring Cochran for “notable research contributions in methodological and applied statistics, exceptional service to the profession, sustained excellence in statistics education and mentoring of graduate students, and ongoing efforts to improve the quality of statistics and mathematics education and applications in developing nations.” 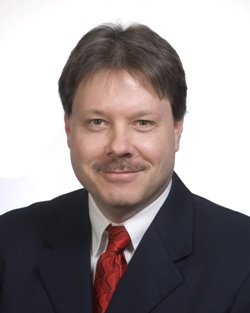 “Professor Cochran exemplifies the best of ASA membership,” said ASA President Nancy Geller.  “His leadership in establishing ‘Statistics without Borders,’ and his other international statistical activities are fine illustrations of his leadership and dedication to our profession.  I am extremely pleased that his contributions are being recognized in this manner.” Cochran, who received his Ph.D. in statistics from the University of Cincinnati in 1997 and joined the Louisiana Tech College of Business faculty in 2000, is considered a leading authority in the areas of sample based and Bayesian optimization, statistical methods, computational statistics, and statistical learning.  He has co-authored several textbooks on statistics and operations research, and over two dozen articles that have been published in various journals. Cochran is also the founding editor-in-chief of the Wiley Encyclopedia of Operations Research and Management Science, and editor-in-chief of the journal INFORMS Transactions on Education. “Dr. Cochran is an excellent researcher and a leader in the areas of statistics and operations research,” said Dr. James Lumpkin, dean of Louisiana Tech’s College of Business.  “We are fortunate to have a world-class statistician at Louisiana Tech University.  The designation of fellow is a great accomplishment and Dr. Cochran is to be congratulated.”  Ronald L. Wasserstein, Executive Director of ASA added the following, “the ASA depends on volunteers for its success, and we have many excellent ones.  Jim is simply extraordinary in the breadth of his commitment.  He is, quite simply, willing to serve wherever and however he can.” The designation of Fellow has been a superlative honor in ASA for nearly 100 years with members nominated for the honor by other members.  The Fellow designation is limited to no more than one-third of one percent of the ASA’s membership, which now is about 18,000 in the United States, Canada, and overseas. Written by Debbie Van De Velde – debrav@latech.edu