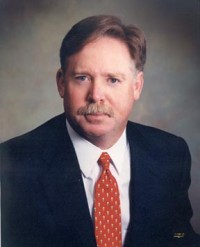 “Since the day he graduated from Louisiana Tech University, Mike McCallister has been active and steadfast in his support of our institution,” said Louisiana Tech University President Dan Reneau.  “He continues to inspire us with his commitment to his alma mater and his efforts to provide new opportunities for the students of Louisiana Tech. “I am grateful for the investments he has made in Louisiana Tech and the generous support he has shown for our student and faculty.  Mike is a true champion of our university and its vision for the future.” In honor of his involvement in and support of Louisiana Tech, McCallister was awarded the coveted Tower Medallion and selected as Louisiana Tech’s Alumnus of the Year in 2003.  The Tower Medallion is given to Louisiana Tech alumni who have distinguished themselves by exceptional achievement, community service and humanitarian activities. In addition to his Tower Medallion and selection as Tech’s Alumnus of the Year, McCallister was also named the Alumnus of the Year for the College of Business in 2001.  He has provided substantial funding for an eminent scholar chair, endowed professorships and a scholarship fund for the University. “Louisiana Tech gave me indispensible skills that I’ve used since the day I graduated,” McCallister said.  “I’m honored to be able to give back to the university so future generations of students can continue to enjoy the benefits of a Louisiana Tech education.” Following his graduation from Louisiana Tech, McCallister joined Humana as a finance specialist, working in the company’s headquarters in Louisville, Kentucky.  He led Humana hospitals in Louisiana and California before assuming responsibility for the company’s health plan operations in the late 1990s. In 2000, Humana named McCallister president and chief executive officer.  He quickly earned industry-wide respect for his visionary leadership and technology innovations. McCallister’s strength of leadership and Humana’s decade-long growth led to his appointment as Humana’s Chairman of the Board in 2010. Under McCallister’s direction, Humana has quadrupled its annual revenues and recently acquired a nationwide system of primary care and occupational health centers. McCallister’s contribution to the Quest for Excellence campaign will support the construction of a multi-purpose facility to provide all Louisiana Tech student-athletes with superior athletic and academic resources, and to position Louisiana Tech athletics as a nationally respected and competitive program. The Humana Foundation’s gift will help to advance the College of Business’ Building Distinction campaign and its goal of $5 million to increase the size of the new building by adding a wing to the planned structure.  This wing will allow the College to better serve the needs of students and faculty, today and into the future.