Gregory Kallenberg, an award-winning film director and producer, will headline the 16th annual William Ardis Marbury, Jr. and Virginia Lomax Marbury Lecture Series on Tuesday, January 24, at 10 a.m. As part of the lecture, Kallenberg will screen episodes of his latest short film series, Rational Middle: Net Zero. A question-and-answer session will follow that focuses on ethical business leadership related to energy and the attainment of net zero.

Sponsored by the Mr. and Mrs. Lue C. Napper Family and hosted by Louisiana Tech’s College of Business, the lecture is free and open to the public. The event will take place in the Davis Auditorium (101) in the College of Business. 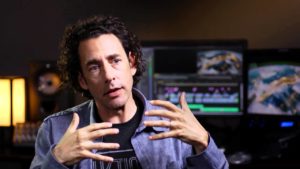 “I’m thrilled to bring Gregory to campus to share his newest docuseries with our students and community,” said Dr. Chris Martin, dean of the College of Business. “Gregory’s talent and desire to promote healthy, solutions-oriented discussion surrounding our greatest challenges have combined to make an impact through Rational Middle. I know our students will benefit greatly from his knowledge, passion, and desire to have rational discussions about the future of our world, particularly as it relates to net zero.”

Led by Kallenberg, Rational Middle is an award-winning collaborative that tackles important and controversial topics to drive thoughtful conversations. Their objective is to bring facts to the public through the mediums of documentary film, the written word, podcasts, and social media.

In addition to his work on Rational Middle, Kallenberg is the founder and executive director of the Film Prize Foundation, which includes the Louisiana Film Prize, Startup Prize, Music Prize, and Food Prize. His endeavors are focused on incentivizing and evolving entrepreneurs, artists, and dreamers, with a goal of transforming Northwest Louisiana into a hotbed of innovative people and companies.

Kallenberg is also the director and producer of Haynesville: A Nation’s Hunt for an Energy Future, and has spoken about the future of energy at events across the globe including TEDx, Bucknell University’s Environmental Symposium on Shale Gas, and Rice University’s Distinguished Speaker Series. His background includes writing and editing for the award-winning production house Bluefield Productions, Esquire Magazine, The New York Times, and the Austin American-Statesman.

“Ethical leadership is the foundation for who we are and what we teach at Louisiana Tech,” said Martin. “The Marbury Ethics Lecture is an invaluable annual event for our students and the community. I’m grateful to the Nappers for their continued support for this lecture series and Gregory for serving as this year’s keynote speaker.”

About the Lecture Series
The William Ardis Marbury, Jr. and Virginia Lomax Marbury Lecture Series began in 2006 and is named after William Ardis Marbury, Jr. and his wife Virginia. The pair, both Louisiana Tech graduates, established William A. Marbury & Company, Inc., a managing general insurance agency. This corporation grew to be the largest agency in Louisiana, and one of the largest in the South. The general agency was sold in the 1950s to Commercial Union Insurance Company with the Ruston branch remaining the company’s largest in the country. In 1959, the Marburys and their associates founded Bankers Life of Louisiana, which became the largest credit life insurance writer in the state. Today the Marbury Companies continue to thrive in Ruston, serving the banking, investment, and insurance sectors. The companies founded by the couple continue to have a major impact on the economy and the community.